I am an early career researcher affiliated with Flinders University, University of Adelaide, and Australian Catholic University. With research specialities in the history of early medieval England and in Scandinavian saga literature, he has published numerous articles on various aspects of society and culture in England and Scandinavia in the Middle Ages, and their intersections.. 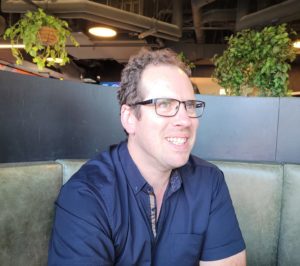 I have published numerous articles on various aspects of society and culture, law and literature in England and Scandinavia in the Middle Ages, and their intersections. The most recent of these is ‘Deconstructing the Female Antagonist of the Coronation Scandal in B’s Vita Dunstani’ English Studies (2021). I am also currently authoring a book on English queenship in the years 850-1000 to be published with Routledge, and am co-editing a book for Palgrave Macmillan with Erin Sebo and Daniel Anlezark, Approaches to Medieval Alterity: Impossible Emotions.

I am the editor for volume 9 of Cerae Journal (2022) and have been the reviews editor of the Journal of the Australian Early Medieval Association since 2019. I am assistant editor of the Brepols series, East Central Europe, 476-1795. I am also the co-founder of, and lead researcher for, The Postgrad Chronicles, an academic history blog giving access to research and resources for students of the European Middle Ages.

END_OF_DOCUMENT_TOKEN_TO_BE_REPLACED

From Æthelflæd to Ælfthryth: The Idea of Queenship in Tenth-Century England

Journal of the History of Ideas Blog, October 2021

END_OF_DOCUMENT_TOKEN_TO_BE_REPLACED

This site is part of Humanities Commons. Explore other sites on this network or register to build your own.
Terms of ServicePrivacy PolicyGuidelines for Participation